One of the consequences--some might say benefits--of living in one area for a long time is that, having encountered someone once, there is every possibility you may encounter him or her again.

As someone who has taught in two separate colleges over my career life, I do from time to time encounter former students.  My first teaching position was when I was fresh out of graduate school.  For a time after I left that teaching position, I would hear from students, usually someone seeking a recommendation to graduate school.  I was always touched when the former student would begin with "You may not remember me, but..."  Usually I did remember--teachers remember those students who excel, and those who distinguish themselves in some other lesser way.

My more recent teaching position, about which I have written on and off here, ended about two years ago.  And, now I am beginning to encounter these students in varying ways.

The first such encounter happened when my husband and I went out to eat--and our server said--You're Mrs. W., aren't you?  Of course I replied affirmatively.  I thought so, he said, as soon as I heard that voice.  My voice?!  Apparently, I must have sounded off from time to time with an air of authority.  Ahem.

Since then I have encountered several former students--all of them as servers in various restaurants.  Well, the economy sometimes leaves no other options for job seekers.  That first student I described is working as a teacher's aid providing individual support to a student with special needs.  But he also has a young family, so he supplements his income with his weekend serving job.

The other encounters have been mixed.  There was one young woman who we encountered who gushed on--oh, yes she gushed--telling first me and then one of our friends who was along with us how wonderful I was as a teacher.   Blush blush.

Then there was another server who said--you look familiar.  And after a bit, we figured out she had been in one of my classes.  She told me her name--which rang no bells at all.  Then she told me the nickname she went by when she was in my class.  Oh, yes--I remembered.  I went home and checked my grade files (yes, I still have them) and found she has gotten a D in the class--not turning in all your required papers will do that.

Well, I recently had one more encounter with a former student.  My husband and I were invited to a party given in honor of a cousin once removed who had recently become a father.  And along with him would be his partner, who was the baby's mother.  When I learned her name, I kept turning it over in my mind.  And bells were sounding alarms.  Her name was a distinctive one.  So back to my student grade files I went, and there it was.  She had been one of my students.

When we got to the party, I saw her--yes, I had remembered her.  After a bit, she looked at me, and did a bit of a double-take.  No doubt, she was thinking--oh no, not her.  You see--she failed English Composition--because halfway through the course, she stopped turning in papers.  There is no way you can pass when you don't do the work.

Now here she was, the mother of a baby who is a distant relative.  And there I was--no doubt NOT her favorite teacher.  I bet she didn't gush about me to anyone.  But she recognized me.  And I decided not to say anything--no point in embarrassing her.

What Color is the Sky?

Respond to the question "what color is the sky?"--quickly.  Don't think about it; just blurt out your answer.

Most likely you said "blue"--which is the standard answer we give because--after all--the sky is blue.  Except when it isn't.  Go outside at night and look at the sky.  What color is it?  Or how about on a stormy rainy day.  What color is it then?

It doesn't take long for you to begin to change your answer.  Sometimes the sky is black, sometimes grey, sometimes white.  At sunrise or sunset, it can be glorious shades of pink, purple, salmon.

OK, you say--where is all this speculation going?  Well, here's where.  I happened to catch a fascinating radio program several weeks ago.  I tuned in at the point where the discussion turned to the color blue.  And the story was about a tribe that did not distinguish blue as a distinct color.  To test this, members of the tribe were shown something like the patches of color below.  And they were asked--which one is different?

What would you answer? 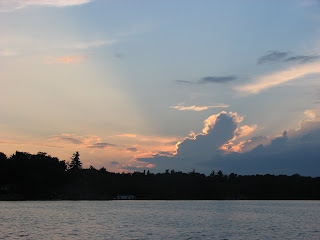 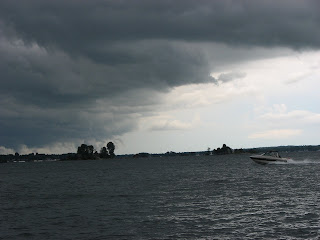 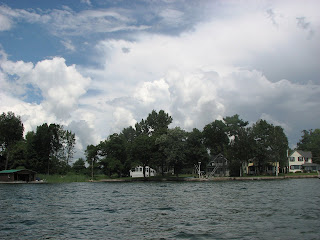 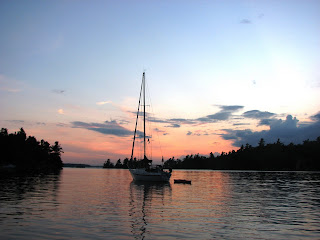 I begrudge no one the right to vote for whichever candidate you choose.  However,  as the U.S. presidential campaign shifts into full gear, I am puzzled beyond explanation how some people indicate they are making their choice based on morality, and that consequently there is only one choice: Mitt Romney.

I recently read an article with the tantalizing title of “Should Christians Vote for A Mormon for President?”  (I do not intend to include the link for this article because it is in many ways a very offensive piece; if you are dying of curiosity, you can find it yourself.)  Now, I had several reactions to this piece.

My first reaction is that I long for our country to have the mindset that we encountered in France: while there, we were informed in point blank language that NO candidate for president would dream of airing/discussing his/her religion.  It just isn’t done.

My second reaction was—whatever happened to our understanding of Constitutional history in the U.S.?  Article VI of the U.S. Constitution states:

Now, to my reading that could NOT be more clear.  THERE IS NO RELIGIOUS REQUIREMENT TO HOLD ANY ELECTED OFFICE IN THIS COUNTRY.

My third reaction was to read the article and see what the writer concluded.  Surprise, surprise, surprise (as Gomer Pyle would have said).  The writer concludes that three moral issues are paramount:  pro-life (specifically anti-abortion); pro-Biblical marriage (specifically anti-gay marriage); and pro freedom of the church.  I added the parenthetic statements, because the pro-life stance being articulated is focused solely on being against abortion, and the pro-Biblical marriage stance is really aimed only at gays.  As for “freedom of the church,” I don’t know what is meant by that—obviously, we have religious freedom in the U.S., but churches are not free to break the laws of the country.  So, I won’t  address this issue.

So, herewith my fourth reaction.  The first two moral reasons the author articulates are (for me) examples of skewed morality.  Let’s start with the first moral reason—being pro-life.  I object to the term “pro-life”--it is not focused on what happens to a woman who finds herself pregnant under difficult circumstance.  So if you don't care about the woman, you can't be "pro-life."  The current debate that is raging about “legitimate” rape (which has now been amended to “forcible” rape…as if any rape is NOT forcible) has now devolved into statements such as “rape is simply the means of conception, and you shouldn’t punish the resulting child.”  Really?  Rape is just a means of conception?  And that is just the discussion surrounding rape.  What about a woman who learns that the fetus she is carrying has an incurable fatal disease?  A disease such as Tay-Sachs can be detected in utero, and is untreatable, and the eventual child always die prematurely.  Is abortion of such a fetus always wrong?  Usually, the discussion of abortion does not focus on the woman who is already alive and the impact on her of carrying a child conceived through rape to term, or carrying a fatally flawed child.

On the second moral reason, the reason I say that pro-Biblical marriage is only anti-gay marriage is because so-called Biblical marriage means many things.  First, what is Biblical marriage?  Of course, the answer that you get is one-man-one-woman as the automatic response.  But marriage in the Bible presents a vastly more complicated set of options.  The chart below (which comes from http://robertcargill.com/2011/10/11/what-exactly-is-biblical-marriage/) shows a more complicated view of marriage.  So, clearly, marriage has been and is an evolving definition.  Marriage has changed over time, and with cultural influences it will CONTINUE to change. 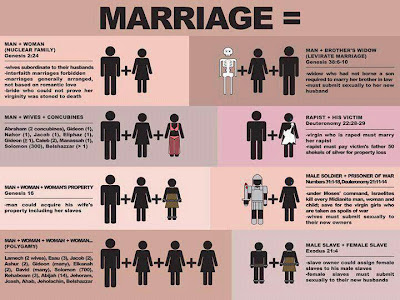 These are not the only reasons I call the author’s conclusion skewed morality.  If as a voter you want to base your vote on Biblical principles, and you only focus on voting against someone who supports abortion or gay-marriage, I suggest there are some Biblical injunctions you are conveniently overlooking.  Since the operating question is for whom should a Christian vote in this election, it seems reasonable to turn to the teachings of Christ.  One of the most frequently mentioned topics in the New Testament (in fact the entire Bible) is poverty and the poor.  Among  the most ringing indictments in Christ’s ministry are his statements against those who neglect the poor.  So, isn’t it reasonable to look at the two candidates and determine which of them has plans to help the poor?  Or, conversely, which of them has policies that will devastate the poor?

Another Biblical value is the need to tell the truth.  Hey, that requirement even made it into the Ten Commandments.  I grant you—applying that standard becomes far more difficult because we all have varying opinions as to what constitutes the truth.  But one didn't have to listen very long to the convention speech made by Romney's choice as running mate to know that truth was in short supply.

Perhaps I need not continue this analysis.  My primary point is this—while acknowledging that we have the right to choose for whom we vote and for what reasons we make that choice—don’t announce your reasons as being Christian or even moral, when it is apparent that the morality measure you use is highly selective and definitely skewed.
Posted by KGMom at 3:22 PM 13 comments: