A SEASON AT THE PROMS

This is prom season in our town. The local newspapers feature photos of the various high schools with prom goers displaying their finery. I have noticed that each year seems to produce a certain flair of clothing. Gone are the simple elegant classy gowns and tuxedos. In their place are brilliant electric colors schemes with boys and girls trying to outdo each other.  There are singles, couples, groups. Mixing and matching clothing and mixing in whatever friendship combinations there are. All is joyful even if a bit bewildering to me.

My own prom experience is limited to three proms. First, the one for my high school.  I didn’t go. Why? Many reasons. Partly because I grew up in a conservative Protestant Church environment—no dancing. Along with no smoking, no drinking, no movies, no  ... whatever.

And I wasn’t asked. And back “in those days” you simply didn’t go to the dance unless you were asked. Things seem kinder now. At least I hope so.

Then, there were the proms each of my children went to. Sweet occasions, at least for mom. Watching this boy and this girl, who my husband and I brought into the world, whom we nurtured along the way. And cheering as well as dreading the impending arrival of adulthood. Our son working up the courage to ask someone. Our daughter looking so elegant in her gowns ( both of which I still have hanging in our basement closet). Watching them pull away from the house after the customary photos at home.

How long have there been proms? I wonder if there’s a connection to the cotillions of days past? Or the debutante balls now opened up to all society. I remember working for wealthy Americans several summers while I was in college. Debutante balls, sometimes called coming out balls, where young women were “introduced “ to society, presumably to be on the marriage market.

Parenthetically, I should add that high school proms are completely different from 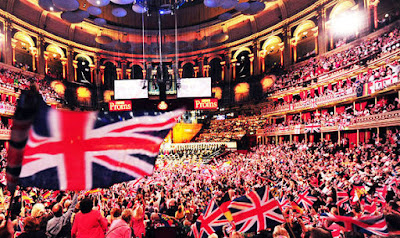 “Going to the Proms” a la London style. These summer symphony programs at the Royal Albert Hall are wonderfully celebratory. One of the few things on my bucket list (trust me, I really don't put much on my bucket list...seems somehow too limiting) is to attend the Last Night of the Proms--complete with "Rule Britannia."


Back to high school proms. I find it very heartening the way the binary assumptions are falling away. You know, boy asks girl in ever more elaborate ways. Girl accepts. Now I’m not sure who is expected to ask whom. And it is no longer obligatory to pair up. Now girl asks  boy, girl asks girl, boy asks boy, groups of boys and girls OR whatever. Why not? No one who wants to go to the party should be left out.

One of the most endearing experiences of my life had to do with proms. During my work career life, I was involved with health policy analysis and development. In that capacity, I attended a conference focused on the AIDS epidemic and what appropriate policies and actions should be in place to provide proper health care, support and counseling.

Among the attendees were medical and health professionals, health policy people like me, and advocates for gay issues as well as people who were in fact AIDS patients. It was a rigorous and vigorous conference. One of the most astounding parts of that conference was sitting in a discussion group with health professionals and lay people. At a lull in the discussion, some of the gay men began talking about and reminiscing about buying their first prom gown. I listened in amazement and in silence, with a touch of jealousy. That memory heartens me, even as I rue my own teen years bereft of a season at the proms.

So, here's to the proms in all their glory and in all their permutations. Everybody dance now.
Posted by KGMom at 9:27 AM 2 comments: