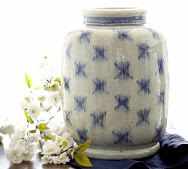 Remember that expression--you broke it, you bought it? Well, that's how I feel today. And who, you might say, broke it?

Well, this day after the U.S. presidential election, like many people I am scratching my head and wondering what happened. But more so, I am wondering WHY did it happen.

This is a very simplistic commentary--of course, there are many many reasons why we find ourselves where we are today. One particular reason stands out to me: people are fed up with Washington, DC and the sense that "government" is broken.

And they are right; it is broken. But it was broken intentionally.


The single most important thing we want to achieve is for President Obama to be a one-term president.

He went on to say that the objectives that the Republicans had then could not be realized as long as President Obama could veto legislative efforts.  So, he was urging Republicans to present every obstacle to any of President Obama's initiatives. (As an example, consider the 60 some times Congress tried to repeal so-called "Obamacare.")

In this election of 2016, many analysts are pointing out how disgusted people are that the government  is dysfunctional at best or broken.  When you have the leader of the U.S. Senate saying, in advance of any legislation, that Republicans should work against President Obama "if he didn't meet them half-way" how can you have a government that works?

So having sown the wind, we now inherit the whirlwind.  And that's where I get to the part of this blog that explains the title.

One of the great motivations for the choices people made in this election was broken government. When I read a statement such as Senator McConnell's, I can't help but think "you broke it; you bought it."

There's no ducking responsibility here. In one of the commentaries I heard leading up to this election, as pundits were discussing what effect a win by Hillary Clinton would have on Congress, someone said "well, Congress would have to find a way to work with her" working across party lines.  And then, in response to the query how Congress might work with Donald Trump, the commentator paused and then said--"that's going to be a lot more difficult because Trump is in their party."