My Country, 'Tis of Thee

I am sitting in a movie theater in Bulawayo, Rhodesia*. It is 1958. I am a student at Eveline Girls High School in Bulawayo, and along with other boarding students, we are waiting for the movie to begin.  I have no recollection whatever of which movie it was. But certainly it was made in Hollywood and was therefore an American movie.  As movies did years ago, this one began with several short films—maybe news reels. I don’t recall.  But what I do most vividly recall is that when the opening credits of the feature film were about to roll, the screen suddenly filled with a flag of the United States of America, in lovely vivid color. As it waved in the breeze, I felt my whole being swell with pride. Here was the flag of MY country. The image was accompanied by the strains of the national anthem, The Star Spangled Banner.

I suspect I was alone in my patriotic fervor. I was no doubt the only American girl in the group. Most of the other students attending the boarding school were Rhodesian girls—white, in those days of apartheid—daughters of farmers and businessmen in the country. While there were other American girls attending Eveline—daughters of missionaries, as I was—I lived in the house closest to the actual school buildings, a consequence of my having had rheumatic fever which meant I was not meant to be subjected to too much physical strain, such as walking a distance to classes.  And when it came to movie going outings, we went by house**.

Fast forward several decades, and I am sitting in a football stadium attending a Penn State football game. As does every athletic event in the U.S.A., this one began with the band striking up the opening strains of the Star Spangled Banner and the entire crowd joining in.  Except me.  I found it hard to sing joyfully the words I knew by heart, and happily sang in the movie theater in Bulawayo.

When my parents, brother, sister and I returned to the U.S. in 1960, the United States was as shining an example of democracy as one could imagine.  We had helped win World War II, we had saved Europe and perhaps western civilization. We embodied the Yank can-do spirit. Give us a problem, and we could solve it, fix it, rescue it, save it.

Sure, we had divisions—some more painful and vivid than others. Blacks in America were living under continued white domination, even though slavery and the Civil War had ended. But blacks also migrated north in astonishing numbers and helped drive the great explosion of American manufacturing.

Political parties existed, but Republicans and Democrats tolerated each other, and even worked together.  Where politics took on a very sharp turn was when Senator McCarthy began spotting “Communists” under every stone.  The McCarthy hearings devolved into some of the worst political persecution the United States had seen in its history.

And then came a decade of unraveling.  Like many Americans, I was entranced with the bright new president John Kennedy.  His assassination, while not the first of a sitting president, seems so much like turning out a light and plunging the nation into a kind of darkness.  Other political assassinations followed in stunningly swift succession — Malcolm X; Martin Luther King, Jr.; Robert Francis Kennedy.

The unraveling was also evidenced by the U.S. becoming mired in a winless war in Vietnam.  This is my generation’s war. Like any war, it took too many young lives. Classmates, friends, boyfriends, girlfriends, sons, brothers, fathers.  We mourned deeply, as we do today, Memorial Day.

News trickled out of the horrific wholesale slaughter of villagers in Vietnam. We heard names like My Lai—places we never knew existed much less had an idea what they looked like. We only knew that the U.S. had lost its innocence. We weren’t the good guys anymore. The flag of the United States no longer symbolized something heroic.

There were other ways we lost our innocence. We learned how many countries had leaders overthrown by the CIA, in our name. Chile, Iran, Guatemala, Congo, Brazil, Dominican Republic, and even South Vietnam—ironically, President Kennedy authorized the assassination of President Diem in August, 1963.

What amazes and heartens me is that even with all this—the ways in which political leaders have deceived and failed us—we still have young men and women who are motivated by patriotism. Who see beyond the cynicism and respond to the call of duty. Young men and women who firmly believe that they can make the world a better place.

So on this day, Memorial Day, I say thank you to Larry and to Jay (friends who died in Vietnam), to all the young men and women who lost their lives in Vietnam, in Lebanon, in Kosovo, in Bosnia, in Iraq, in Afghanistan.

I love my country—I love the potential for which it stands.  I love the good it has accomplished in the world. And I love that it continues to beckon people all around the world to come here.  Yes, I will sing the Star Spangled Banner again—I just wish the “rocket's red glare and bombs bursting in air” was a less frequent occurrence. Along with the national anthem, I would love to sing heartily the words of some of our other unofficial national anthems—"God Bless America," "This Land is Your Land," and "My Country, 'Tis of Thee." 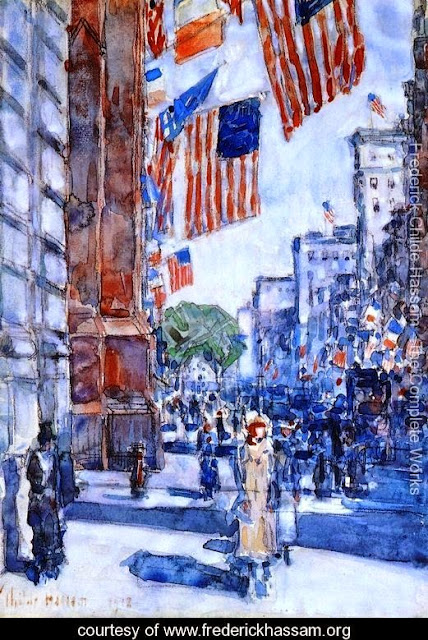 *In 1980, Rhodesia was renamed Zimbabwe.
** Think Harry Potter, where students are sorted into different houses, both for lodging and for academic competition.
Posted by KGMom at 3:26 PM 7 comments:

Too soon old; too late schmart!

Confessions of a 70 year old.

Today is Søren Kierkegaard's birthday. That is note-worthy for this blog as it was Kierkegaard who noted that “life must be understood backwards. But then one forgets the other principle: that is must be lived forwards.”

To put that philosophic thought another way, we have the Pennsylvania Dutch expression: we grow too soon old, and too late schmart.

This year, I celebrated my 70th birthday. I was born in February, just months before the close of World War II. Of course, I don't remember that event, but the proximity of my birth to the end of the last world war helps frame the span of my life.  It also means that I was on the cusp of the Boomer generation.

So by now, I should have the “understanding life” part down.  I do have a few confessions that perhaps have come with looking back over life and understanding it:

1. I don’t feel 70.  While I have no desire to be a 20 or 30 year old again, and while I have certainly matured, my inner sense is not all that different from what it was decades ago.

2. I don’t look 70. I recently had a conversation with someone who had come to do some work at our house. In the course of the conversation, I noted that my husband and I have lived in our house for 35 years--whereupon the worker asked how old I was. I replied--70. In response to my reply, the worker burst out--NO WAY. Then he asked how I managed to not look 70. The answer is:  good genes; good luck; and no smoking.  Of course, I could be like a well-preserved antique car that, suddenly one day, has all its wheels fall off.

3. And I feel 70.  OK, so this contradicts # 1 above.  Let's just say my MIND feels young, while my body throws in an occasional creak and moan to say "Not so fast."

Here’s another part of growing older.  There is a somewhat tired joke that the first thing one does in the morning is read the obituaries—if your name isn’t there, go ahead and make a cup of coffee.  Well, I do confess to reading the obituaries. Having lived in one place for 50 of these 70 years, there are many names I recognize.  And occasionally, someone’s death is recorded and I write a note to the ones who remain behind.

It isn’t so much that growing old makes you think more often of death—although of course you do because—well, because it’s inevitable. That’s one of the understanding life insights.  What I do think of is that the passing of a person from this life leaves behind a void. And for a time, loved ones and acquaintances remember. And then we fade from view.

I want to note in particular a recent death of a blogging friend—Philip Robinson. I never met Philip in person, but through his blog I learned to value this singular person. His blog—entitled Tossing Pebbles (which is still available to read) reveals a man with a wide array of interests. Through his blog I learned that he was a father who raised a son virtually alone; that he was a very proud grandfather to three accomplished grandchildren. I learned that he was interested in and dedicated to subsistence living—I shuddered every year when I read his blog about chopping enough wood to see him through a northern Canadian winter. He was passionate about history and about politics. It was always a delight to read his thoughts in any given blog post.

Now, he has died. He learned in January that he had pancreatic cancer, and even though he had surgery and received good medical care, this aggressive disease overwhelmed the best efforts.

Living life forward, understanding life backwards. Thus it ever was. Or as my Pennsylvania Dutch ancestors might say “too soon old, too late schmart." 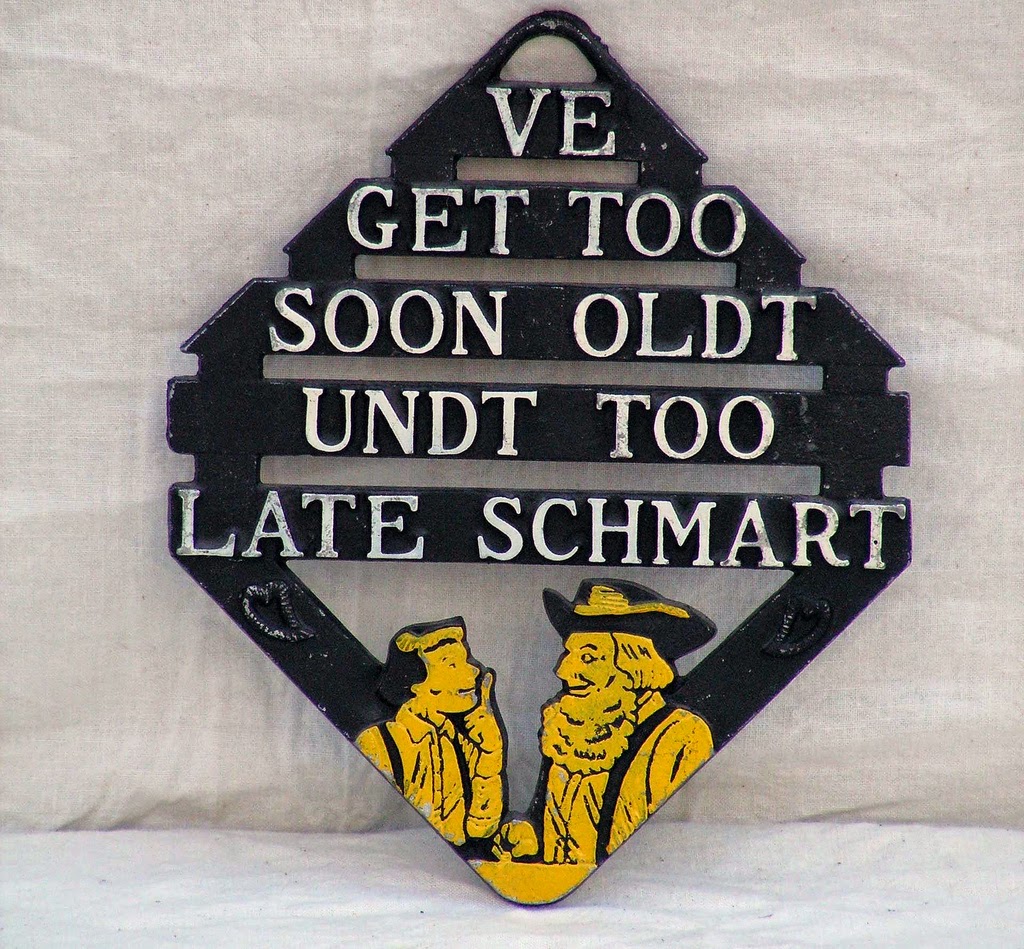