In the early days of television, there was a popular show called Truth or Consequences.  It was so popular that a town in New Mexico, originally called Hot Springs, changed its name to Truth or Consequences in response to the television show host's offer to air the program from the first town that renamed itself.

Maybe that fast change of reality was a harbinger of ways in which truth...or consequences (for lack of truth)...would be adjusted in the times ahead.

Recently, the so-called Doomsday clock was readjusted to move the number of minutes to midnight at 3 minutes to midnight.  This "clock" was the product of the scientists on the Manhattan Project as a graphic way to demonstrate how close the earth is to self-destruction.  During its existence, the Doomsday clock has been readjusted 18 times.  Mostly, the clock has been used to indicate the possibility of earth's destruction due to nuclear proliferation.

No doubt the immense over-supply of nuclear weapons still threatens our existence, but this most readjustment included another threat to our planet--"unchecked climate change."

Stephen Colbert introduced us to the concept of "truthiness"--which is in HUGE supply today.  In Colbert's brilliance, he staked out ground that it is his right to say what is true because "I don't trust books; they're all fact and no heart."  **

With the recent national election in the U.S., the Senate is now in control with the Republican majority.  That means committee chairs have changed--and the new chair of the Senate Environment and Public Works Committee is Senator James Inhofe.  As recently as 2012, Inhofe argued, citing Genesis 8:22, that “God’s still up there. The arrogance of people to think that we, human beings, would be able to change what He is doing in the climate is to me outrageous.”

I don't even know where to begin with that kind of reasoning.  It is indeed frightening that an elected official who has a major say in what the U.S. policy is in relation to controlling the negative effects of climate change can decide that we don't need to change because whatever is happening with the climate is God's doing.

In other news, we are experiencing another example of "Truth or Consequences." After years of decline due to near universal immunization against measles, the U.S. is experiencing a startling resurgence of this disease.  The initial outbreak has been pinned to Disneyland where many people intermingle, and measles--a HIGHLY contagious disease--has spread through workers and visitors there. In turn, these people have infected other people, so that now an epidemic of measles is emerging.

Who are the people GETTING measles?--those who are under-immunized or NOT immunized. The main contributor to this outbreak are parents who refuse to have their children immunized. They have decided, using "truthiness", that--even though the facts are that immunizations save lives and immunizations do NOT cause autism--it is their right as parents to deny their children the protection of immunization.  They base their decision, in part, on a doctor from England who in 1998 published a paper that claimed to link the MMR (measles/mumps/rubella) vaccine with autism.  Since that paper was published, we have learned that the doctor MADE UP his data, and he was a complete fraud. 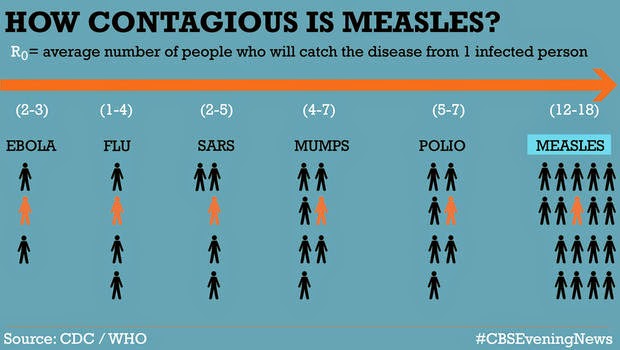 So now children suffer, and could die, because someone made up his own facts and asserted a relationship where none existed.

The saddest part of this tendency in humans--to make up their own facts or to deny facts that they wish not to acknowledge--is that SOMEONE suffers.  Children who get measles suffer, people living in areas threatened by rising sea levels suffer, animals faced with loss of habitat and extinction suffer.

Yup, you guessed it.  This is the time of year wherein many people make a New Year's resolution. Now, we all know there is nothing magical about making such a resolution. Many resolutions we make are utterly forgettable and within months...or weeks.. or even days, we have forgotten them.

The urge is very normal, and even commendable.  Most resolutions focus on some aspect of self-improvement.  We vow to do something to make ourselves better--lose weight, exercise more, have lunch with friends more frequently, write more, read more, etc.  The list goes on.  And all those goals we set are worthy.

But we also know how easy it is to forget.  To say--well, just for today, I don't need to ____. (Fill in the blank.)  And, next thing you know, the resolution falls discarded by the wayside.  Give us eleven months and we will revisit the ritual.  Make resolution, implement resolution, forget resolution, regret resolution, revive resolution.  It takes about 12 months for this process to work out.

So, this year, I decided--only ONE resolution.  And the title gives it away:  de-clutter.  My solemn resolution is one drawer at a time, one closet, one corner, one room--one whatever.  Just to slowly and surely go through "things" and decide what can be given away (Freecycle), what can be donated (Goodwill or Salvation Army), what should be given to our children (heirlooms...), and what should be placed in the trash. 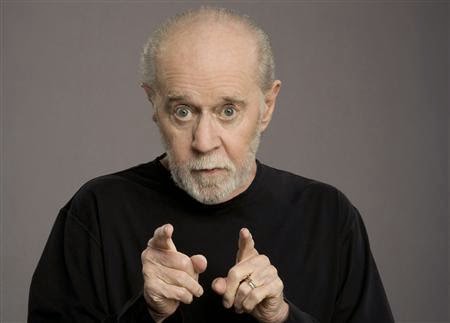 Considering the amount of stuff we have, this process SHOULD take me a year.  Oh, and for inspiration, I have already watched George Carlin's classic routine on STUFF.  He nails it--we get stuff, then we need a bigger place to store our stuff, then we need more stuff to fill the bigger space.

This persistent drive toward acquisition is one of the themes I have returned to several times:  here, and here for example.  In the second link, I talk about giving items...OK, stuff...to Freecycle. At the time I wrote that (2008), I counted that we had given away 140 items.  The count today stands at over 300 items.