It's A Generational Thing. . .

Yesterday, I wrote about the coming of age passage for my generation--the moment when we learned JFK had been assassinated. I was interested in the few comments that either resonated with the experience, recalling along with me the impact of that news, or the acknowledgement that this event was a bit of history, awareness but not really experience.

Of course, JFK's death was a generational thing--a moment in time when those of us who experienced it can recall exactly where we were, what we were doing. For my father's generation, an equivalent event would have been the attack on Pearl Harbor. For my children's generation, it would be the airplanes on September 11 flying into the World Trade Center and the Pentagon. Events such as these are so singular that they really seem to define a part of what that generation thinks and feels.

I learned just how fleeting and fragile generational things are. When I begin teaching a course at my community college, I always spend some time going over plagiarism. Clearly, plagiarizing is a major problem in academic settings, but it is a deadly subject. So, I found a wonderful article by Anna Quindlen which with a light touch deals with the subject. Titled "Danke Schoen, Mr. Las 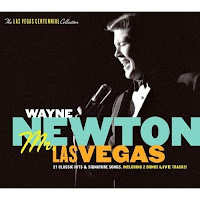 Vegas" she wrote about the time she discovered that an article she had written was pretty much wholesale appropriated by Wayne Newton. I would have the students read the essay, and then wait for discussion.

We first had to get past the title--the non-German aware students would want to know what danke schoen meant. And that Wayne Newton's signature song was "Danke Schoen." Then, invariably, some student would say "Who's Wayne Newton?" Talk about a deflating moment for me. It never occurred to me that the students wouldn't know who Wayne Newton is. I mean, I never found him particularly entertaining, but I certainly knew who he was.

By the time I explained who he was, the whole point of the essay--plagiarism--had been lost. One time, during this discussion, I jokingly said--when were you guys born? And for most of my students now, they were born in the late 1980s. That means Ronald Reagan was ENDING his presidency when these kids were born. WOW!

I have now learned to temper my examples, or to preface some of them with "this is my generation's. . ." For them, JFK is someone they read about in almost ancient history. Vietnam has as much clarity for them as World War II did for me--sure, I knew about it, I just hadn't experienced it.

My husband was talking to one of his radiology technicians and discovered that her father had taught chemistry at OSU. He asked who her father was as he may have had him as a professor. The tech looked a little embarrassed and said, "Dr.Wilson - he's a lot younger than you."

Remember the moon landings? My bright high school neighbor didn't know how the movie "Apollo XIII" would end.
It goes so fast. WOW is exactly right.

I had just come to Canada as a child the fall that JFK was killed. The events and media coverage gave me nightmares for months. I remember the 6 day Israeli war in 1967, and the other assassinations of that decade well. The 1970's were the decade of hijackers including the events at Entebbe. The Vietnam war was less of an event for Canadians, except for this being a great place for draft dodgers.
ruth

kgmom, my generational things are the same as yours. Not long ago I asked my 28-year-old son what his was and he replied, "The Challenger exploding."

Interestingly enough, I had the JFK conversation with my history major daughter recently and she was fascinated to hear "first-hand" reports of the emotions we all felt at the time and how it impacted us so much.

Speaking of things from the past, I enjoyed your comment about the old songs we sang at school for the May crowning ceremony. I think they're very much alive and well, but only in a certain environments!

hmm, will have to think about my generation thing! BTW: My mother was a huge JFK collector and I will send her a link to your previous post to read! I thought it was a great post!

At the beginning of my career, I always felt handicapped by being so young. Then when I went back to work...I was in my early 30s and I felt so old. Then in the 80's, when the Challenger exploded, I was working with programmers who were 10 years or more younger than I, and we had a similar conversaion. None of them actually remembered the Kennedy assassination. Many of them were in pre-school or kindergarden when it happened. Then I started to feel old. I think I was 40. ;o)

I was a student in my high school French class for the Kennedy assassination, and was golfing in Prince Edward Island with my husband and sister on 9/11. Your blog on Kennedy really reminded me of that day. And your blog today reminded me of teaching high school English years ago and mentioning Kennedy's assassination. I had the same kind of epiphany you mentioned today re Wayne Newton.
I do think, however, that having such a bank of memory and experience must be leading us close to that wisdom they talk about in old age. And that's cool!

I remember Wayne growing up and I remember the Presidents. In November '63 I was sitting in my 3rd grade classroom one afternoon when I saw one of the nuns crying. At home, my Mother cried. JFK's assassination still haunts me.

I asked Gina if she remembered the Challenger explosion, then I realized she was only 4 years old...

Well, I guess I witnessed everything after WWII.

Your post is so timely for something that just happened - I received an email from a woman I was friends with in high school and haven't seen/heard from since 1969! She couldn't believe my son was 35 years old, since we are so 'young' ourselves. I can't believe how quickly time has passed when I look back on certain events, like the JFK shooting.

JFK was basic for me too, even though I follow you by five years. I rememberv we had just come back from the Baptist Church on a Friday evening. Was Kennedy shot on a Friday? It was evening in Zimbabwe anyway, when the news came through that the president had been shot, and then that he had died.

The Vietnam War, although hardly an event that sits on a particular day, also functions as defining our generation. I wonder how we forgot what defined us so quickly when we went into Iraq ....

I must ask Vaughn and Nevin what they find equally significant. I'm not sure what they will say.

Cathy--OUCH--the "he/she is much younger than you" comment. What to do? Just smile--and say: I am still alive!
Ruth--certainly major events are tempered by place: what is big to the US may not be as big elsewhere in the world. The US doesn't always realize that.
LostRoses--the Challenger was another major event. Things that are seen on TV do impress themselves into our recollective minds.
Mon@rch--your mother collected JFK stuff? Interesting.
Dorothy--I suspect WW II folks felt old when we gave them blanks looks.
Beader Girl, Mary & LauraO--the JFK killing really did affect almost all parts of the US and also around the world. It was as big an event for our time as bombing Pearl Harbor was 20 years before.
Daryl--the one thing of which I am very much aware is the degree to which major events don't play the same way everywhere. Interesting to know how the JFk death was reported in Zimbabwe. Yes, it was a Friday.

Like Lostroses' son, the first moment that came to my mind was the Challenger explosion. Then the day Reagan was shot. Then 9/11. As terrible as my memory is, I remember every detail of those moments--in the case of 9/11, it was that whole day, really. And several days after. The Challenger and the Reagan shooting were high school memories, though, and very clearly etched in my mind.