There’ll Always be an England 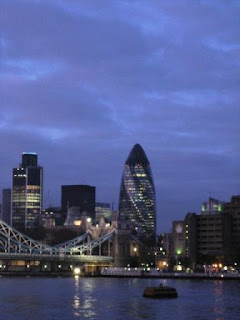 A new sight in London--nicknamed the Gherkin
------------------
Perhaps the title of this blog won’t quite fit my topic, as I intend to write only about London. But, truth be told, I can’t think of a pithy expression about London that captures the sentiment of the timelessness of some places.

London has been “there” for a really long time. London existed, if only as a small settlement, before the Romans invaded what became the British Isles in 45 AD. The history of London unfolds in a succession of waves of conquerors. Not surprisingly, it is an amazing city. It is no wonder that tourists go to London and gawk at the sights. 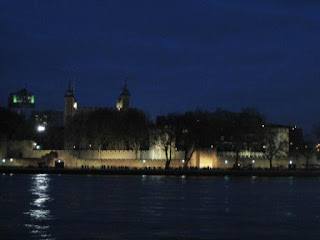 The Tower of London at night

This trip was my sixth visit there. When my parents (and I) traveled back and forth between Africa and the US, we visited there three times, and I have been there three additional times. So I have had a chance to see many of the typical tourist spots. 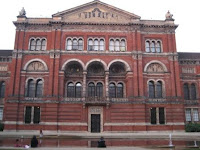 On past visits, I saw Buckingham Palace, St. James’ Park, Hyde Park, the Houses of Parliament, Big Ben, the Tower of London, and the Tower Bridge. I saw Westminster Abbey and St. Paul’s Cathedral. I have spent some time (not enough) in some of the museums—the British Museum, the National Gallery and the Tate Modern. 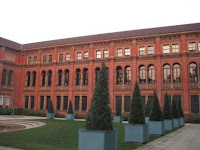 For the most part, on this trip, we eschewed visiting these well-known places. There were, however, a couple of places I did want to see. We had not previously been to the Victoria and Albert Museum, so we spent a bit of time there. This museum calls itself “the world's greatest museum of art and design.” While the exhibits there were very interesting, I found them somewhat overwhelming: so much stuff. Not a very technical word, I know. But every exhibit hall seemed crammed full of items; it was difficult to absorb so much information. 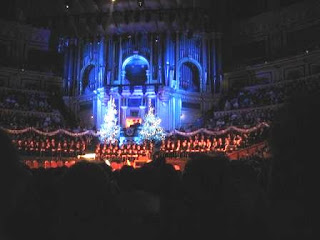 We went to a concert at the Royal Albert Hall—it was a Christmas concert that featured the King’s College Choir from Cambridge. I don’t know if the King’s College Choir is as famous in the UK as my US impression presumes. This is the choir that has a Christmas Eve service of lessons and carols broadcast every year on NPR (and, of course, the BBC). So, its reputation is heightened for me. The concert was great fun; the Royal Albert Hall (where the annual BBC Proms concerts are held) was cavernous; the pipe organ at the back of the hall enormous. At the close of the concert, the program featured a carol sing which reminded me a bit of the carol sings I grew up with. One of my favorite Christmas carols for audience participation is “Good King Wenceslas.” It can be sung very dramatically, with male and female voices alternating depending on who the “speaker” is at that point in the lyrics. 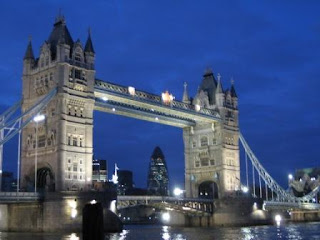 We stayed close to where the Tower Bridge is located, so this was one iconic sight we did see several times. It amuses me that some people think this is “London Bridge.” In fact, my husband and I saw one set of tourists taking photos with the bridge in the background as they held hands up in the air, in the fashion of the child’s nursery rhyme.

One sight we saw—and studiously avoided—was the so-called London Dungeon. It was clearly a tourist attraction, and looked as phony as a $ 3 bill. Yet, there were lines of people waiting to get in. The place apparently features ghoulish displays—not my kind of place at all.

One place we revisited—having been there before on a previous visit—was the Tate Modern Gallery. I had read an article in the New York Times about an artist who had a featured work being displayed there, and was very excited to see this work in person. The artist is Doris Salcedo and the particular work is called Shibboleth (Bible scholars may recognize this word and begin to anticipate some of the meaning of the work). 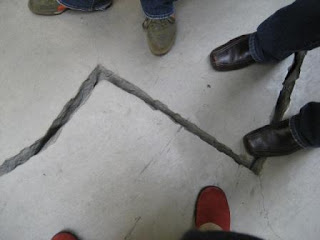 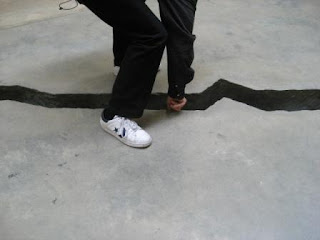 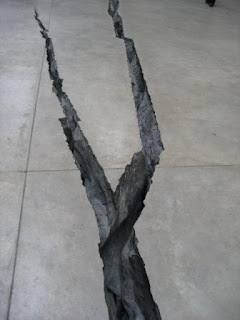 Here’s an excerpt from the Tate Modern’s website describing the work:

Doris Salcedo’s Shibboleth is the first work to intervene directly in the fabric of the Turbine Hall. Rather than fill this iconic space with a conventional sculpture or installation, Salcedo has created a subterranean chasm that stretches the length of the Turbine Hall. The concrete walls of the crevice are ruptured by a steel mesh fence, creating a tension between these elements that resist yet depend on one another. By making the floor the principal focus of her project, Salcedo dramatically shifts our perception of the Turbine Hall’s architecture, subtly subverting its claims to monumentality and grandeur. Shibboleth asks questions about the interaction of sculpture and space, about architecture and the values it enshrines, and about the shaky ideological foundations on which Western notions of modernity are built.

It is always a thrill for me to see in person a work of art about which I have read.

Of course, there were many more sights that we saw (including our primary reason for visiting England)—to be continued. . . 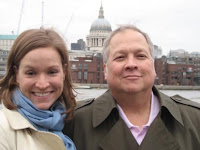 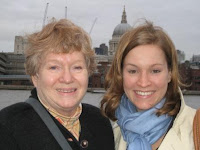 Wow, this was fascinating. I'd never heard of the Shibboleth work before. Enjoyed seeing the other pictures of London again. The gherkin is certainly a curious structure, isn't it? I'm envious of your concert experience at the Royal Albert Hall.

Looking forward to more of your trip summary!

Great pictures -- looks like an awesome trip! London is one of my favorite places to visit. I just feel happy there. Thanks for sharing your sights! Happy New Year!

I love those pictures. Some day I hope to travel to England and Scotland.Look forward to your next post!

Never been over to Europe but hope to visit one day! This was very interesting for sure and can't wait to see what else you come up with for us! Happy New Year to you and your family!

I once read London by Rutherford (I think) and quite enjoyed it. Then I tried to read his Sarum and wasn't impressed enough to finish. Perhaps it was too similar?

I wish I could have joined you in Albert Hall. Four years ago we spent Christmas Eve in the queue waiting to get into the King's College chapel to listen to the same group perform the Nine Lessons and Carols. We heard them best when they walked around the queue singing for the waiting crowd. Since we spent five hours in the line, that was a welcome respite. I suspect that your seats were more comfortable than the folding chairs they packed into the chapel.

Great pix. We too have been to London many times and enjoy it all over again every time we go. I've never been to an event at Albert Hall and would love to go!

Hi Donna,
I'm getting in here late, but welcome back. I have been looking forward to your pictures and stories of your trip. The concern must have been a fantastic experience. I love hearing the King's College Choir sing on MPR.

I'm glad you had a good time and got back safely.

Oh.. I'm jealous! Looks like a wonderful trip. Happy New Year to you!

What a beautiful city. Lit up and just gorgeous. I'm glad you are back with such great photos to share.

The photos with your lovely daughter are wonderful. I'm sure you miss her already.

When I was in London years ago, on my way to visit my pen friend in Wales, I had my 8 year old son in tow. We travelled down the Thames to Greenwich where I took his picture at the helm of the Cutty Sark. Near Westminister, I took his picture in front of Churchill's statue.(Made my mother proud!) A distant relative of mine, whose family were members of a guild which historically ruled the center of London, where the Queen to this day must ask permission to enter.

This week one of my nieces is moving to London to live and work at the National Science Museum there. We will have reasons to go and visit.

Wonderful travelogue! My daughters are determined to take a trip to England with me soon. One of them went with friends last fall and that just whetted her appetite for more of its history and culture.

How do you parse the Shibboleth? I know the story, but I need to see the whole design more clearly than photographs allow. The attached description helps.

It reminds me of Palestinian and Israeli -- a chasm between two people who remain connected, indissolubly related while straining apart with every fibre.

Your posts are incredible to me especially as it is unlikely I will ever see London...thanks for this little peek into another world so far away.