For long-time readers of this blog, you know that I love going to the movies. Would you believe there was a time when I stopped going altogether?

Why, you might ask? Well, I went through a (ahem) religious period during my college years when I was attending a small liberal arts Christian college. The teaching at the time was that movies were at the very least questionable. In fact, they just might be. . .immoral.
Anyway.

One incident from my childhood illustrates this antipathy toward movies. When I was about 8 years old, my parents and I (and younger brother) were staying with my paternal grandparents. At the time, my favorite aunt was living near by, and she had me with her for a day of entertainment. Somehow, she decided to take us to the movies. She swore me to absolute secrecy, as my grandfather sternly disapproved of "the movies." 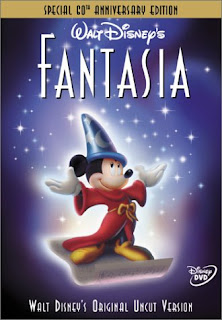 I have NO recollection what the movie might have been. She might remember. Whatever it was, it thrilled my small girl self. And, the moment we returned to my grandparents' house, my promise of secrecy went right out the window. As my aunt recalls it, we got back to the house and I ran inside and PROMPTLY announced--guess what, Grandpa, we went to the movies!

That antipathy did not really spill over into my personal choosing to see movies. I recall seeing the Walt Disney movie "Fantasia" when my parents and I (and younger brother) visited California, during this same time. And, as a student attending boarding school when we returned to (then) Rhodesia, I went to see movies on our Saturday outings.

But, for some reason, when I began as a freshman at college, I was seized with the conviction that movies were immoral. I eschewed them for quite some time. And, then the movie "The Cardinal" came out. Some of my college girlfriends were going. Did I want to go? Did I?

I must have worked around in my reasoning, because I decided--OK, after all the subject matter is religious. I went. I found the movie most entertaining, if not somewhat maudlin. What I particularly remember about this movie is one scene where the central character, who is by now a cardinal (hence the title), learns that his sister is pregnant. When she is due to deliver her child, she learns that the baby's head is too large for the mother to safely deliver. The cardinal is faced with a decision. Give permission for the fetus's head to be crushed, and the sister thereby saved OR refuse permission in which case his sister will die. 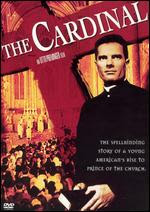 He chooses the latter course. At the time, I was thunderstruck. How could someone make such a choice? Choose an unknown infant's life over the life of his own sister? As a confirmed Protestant, I was also quite relieved to not have that burden as part of my own religious understanding. I might give up movies for a time, but giving up your own sister? Never.

So, what triggered this rather peculiar memory and walk down memory lane? The current news--that's what.

Herewith, the barest of details: a 27 year old woman was admitted to a Catholic hospital. She was eleven weeks pregnant with her fifth child. She was diagnosed with right heart failure, and doctors told her that she had 100 percent likelihood of fatality if she continued with the pregnancy. A hospital administrator who was a nun, Sister Margaret McBride, gave approval for an abortion to be performed, as permissible under Catholic guidelines that allow some procedures that may result in a fetus' death to save a maternal life. When the bishop heard about it, he AUTOMATICALLY excommunicated the nun.
That story yanked me back in memory to my reaction in seeing the scene from the movie "The Cardinal."
With all due respect to faithful and deeply sincere Catholics everywhere, what kind of morality is it that instantly excommunicates someone who exercised her best judgment within the confines of her religion in order to save a life? And, further, how is it that the particular bishop could instantly render swift retribution when we read daily of other bishops who dither and dally and seemingly are unable to do anything about persistent and endemic abuse of children by priests?
My short-lived determination that movies were not moral has long since ended. Most things are neutral--it is the use in the particular instance that is moral or not. I make no claim to have the moral fortitude that Sister Margaret McBride has. Her decision has cost her a life-long call. My decision to forgo movies only cost me a season of new movie releases.
Posted by KGMom at 5:03 PM

Movies were taboo for me too. A lot of things were, amusement parks included. Once I went, I couldn't figure out what the fuss was all about. The same with amusement parks. As for the other thing ... I'm with you.

I also agree with you. However, it sounds to me like the religious sect here wants to "Let God's will be done" without human interference.

And it is decisions like that which are making many people leave the church of their childhoods. I don't get it and I never will. Why, how easy indeed for a MAN to decide all this. Enough said.

I heard this story yesterday on NPR and I'm so glad you wrote about it. So the church says she should let mother and child die... and that's the MORAL position? And her five children who would be left motherless? The woman was 11 weeks pregnant, for goodness' sakes!

And while we're at it... let's hear it for the right to birth control!

On the other hand, they didn't stone her, they just excommunicated her because she didn't follow the rules. Fair enough. I would think it would be a relief.

I missed hearing of this story - sad.
Your posts are always so thought provoking.

I had not heard of this story. How very, very sad, all the way around.

As for movies (a side issue, I know), we didn't go to them when I was growing up either ... except that when we were on furlough and the Sound of Music came out, my parents took us "because no one in this city knows us." (!) After that I didn't see another one--in a theater, anyhow--until I was a young adult and decided that I must see "The Last Emperor." The cinematography was, as they had said, wonderful. But the story left me cold and disappointed.

Interesting post. Like Ginger, the first movie I ever saw was The Sound of Music and that was when it was re-released in the 1970s. I went to the theatre 3 days in a row. Like Anvil Cloud, we were forbidden from the "evils" of the world but I have learned too that most things are neutral and evil is within man, not something that rubs off from the outside. It is sad when that evil and harsh judgmental attitude is seen within "the church" where people should find love, forgiveness and compassion.