The Good, the Bad and the Ugly (parte seconda) 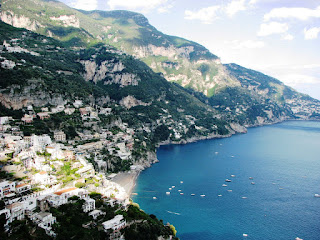 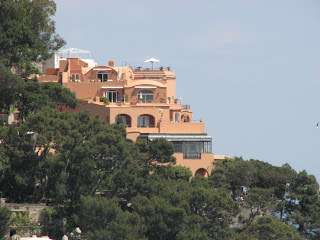 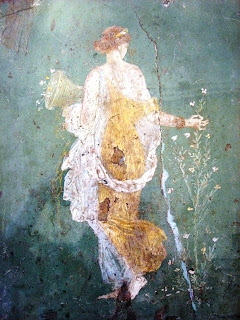 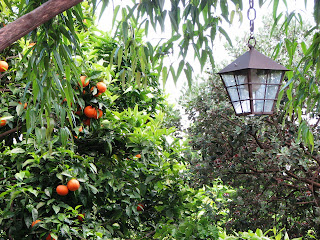 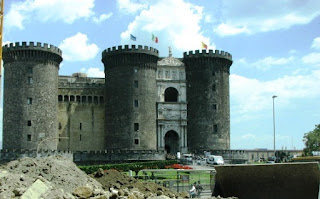 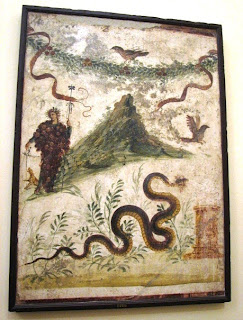 OK--the bad. No, the photos above do not give you a sense of the bad, although they relate in some ways.
The second major place we visited after Rome was Capri. This lovely little island is off the coast of Italy in the Tyrrhenian Sea. It is a gorgeous place, but it has a somewhat troubled history (...almost bad, one might say). It was a place of exile and isolation. Tiberius took himself there from the daily responsibilities of being Caesar in Rome and lived on Capri for the last 10 years of his reign. I still have seared in my memory the scenes in I, Claudius where Caligula (who would later become Caesar) plied Tiberius with what we would call pornography. As a result of Tiberius' self-imposed exile, Sejanus who was the military might in Rome, made his encroachment into a power grab which would flower after Tiberius' death.

But, I digress. Capri today is a high priced very posh tourist destination and home to many stars. It was also a place where the Allies set up a headquarters during their final push into Italy--note the salmon colored house in the photos--that's where Eisenhower set up his command.

After docking in the harbor--first photo--we rode a funicular up the mountainside to the village of Capri on top. Of course, that ride prompted the second "bad" thing about the trip--an outbreak of singing "Funiculi, Funicula"--oh, come, you sang it in high school. I know I did.

That song in turn gave rise to singing all the other sappy quasi-Italian songs (complete with our bus tour group having an old Dean Martin CD being played). It is simply impossible to convince American tourist that the song "Volare" has no meaning at all. When they ask for a translation, and learn "volare" means "flying" they say--what? Yeah, what? Why get all goofy about a song that says
Volare oh oh
Cantare oh oh
Nel blu dipinto di blu
felice di stare lassu

The first painting in the photos--the woman's back--is called "Primavera"...at least that's what our guide called it. It is in the Archeologica Museum in Naples. To get to the museum, in fact to get to Naples, we drove on wondrous curving very scary (bad) roads. In a tour bus. Not looking down. The Amalfi coast. Along the way, we visited Positano--a hugely expensive (even more than Capri) place, with a lovely little cafe (photo of the lantern).

There are many mosaics in the Naples museum which were taken from the villages destroyed by Vesuvius (talk about bad). In fact, the one mosaic showing Vesuvius is also in the photos above. Speaking of bad--the museum also has an entire section of adults only mosaics that were featured in the various residences in Pompeii...shall we say, x-rated mosaics. Who ever would have thought to put those two words together?

While the painting of Primavera is lovely, it was the last thing the guide showed us because it was for him the pièce de résistance. He had dragged us all over the museum, in and out of various rooms, explaining many more things than our brains could hold, and then showed us that painting. The peak experience...except that by then we were too tired to appreciate it. A word to guides--keep your charges fresh; they will enjoy the art more.

You may have noted the photo of a castle--that is in Naples, which really deserves its own account, which I think you will get when I get to the ugly.

Blast you! I am now humming Volare.

Sometimes it really *is* best to just be able to visually take things in without all the explanation. I find that too much crammed in one outing makes my brain just shut down. Wish you all had just had time to casually walk through and explore on your own. Dreading the "ugly" now... :c)

Yes, but should I go?

Rarely do I read realistic travelogues, so I appreciate your candor!

The old song, "From the Vine came the Grape" will buzz in my head for a while! Except when pre-empted by "Funiculi, Funicula" or "Volare."

I noticed you are going to read "Caleb's Crossing" next on your list. Please give us a review. I've heard very mixed ones.

Lovely pictures. I wonder what it was like to live in Eisnhower's headquarters -- blending a setting of great peace with a context of great violence and brutality.

I love your travel pictures!