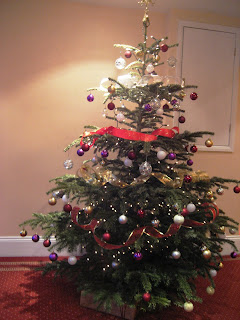 Several months ago, my husband and I decided that it would be nice to spend Christmas with our daughter and son-in-law. They are currently living in England, so we began planning. Things began to fall very nicely into place.
After making sure such a trip would fit with their plans, we first secured a place to stay. 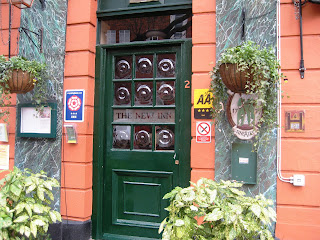 We made arrangements to stay at a pub with lodging rooms. The place has only 4 or 5 rooms, and bookings fill up quickly. 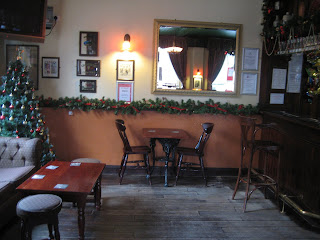 When we first walked in the door, we hesitated. The check in desk is...the inside of the pub. A very charming place--and with free Wi-fi!

Our daughter had made various arrangements to make our Christmas trip a festive series of events. Herewith, a quick review. 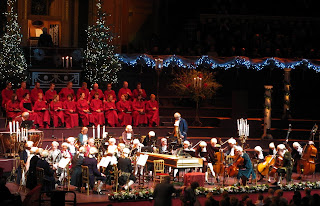 Then on Christmas Eve day, a performance of The Nutcracker Suite Ballet--a Christmas favorite. The photo below is of the screen curtain before the performance began--no photos permitted once it began. 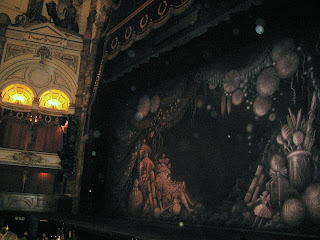 Afterwards, we walked down to see Parliament buildings, and the mounted guards. 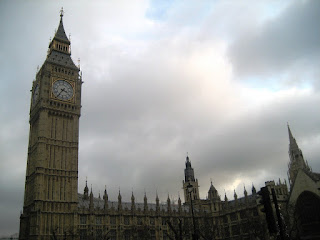 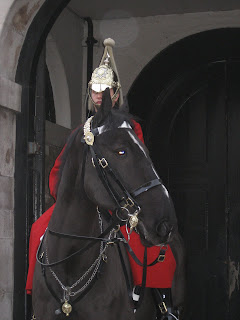 For Christmas Eve service, we went to St. John's Wood C of E church. The service included a performance of Haydn's St. Nicholas Mass--a very small choir of only eight singers, but it was one of the best choral performances I have ever heard. 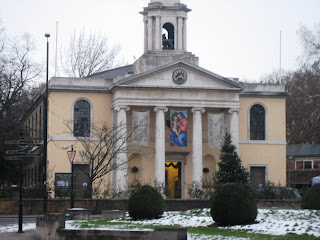 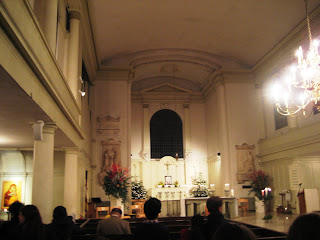 We had Christmas dinner with our daughter and son-in-law at their flat. Among the foods prepared--gammon. That is fresh ham. Everything was very tasty. 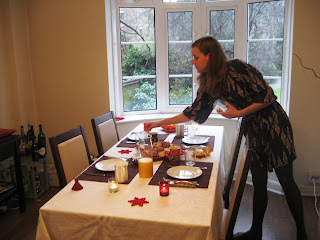 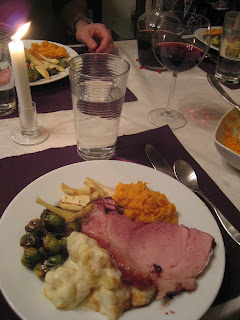 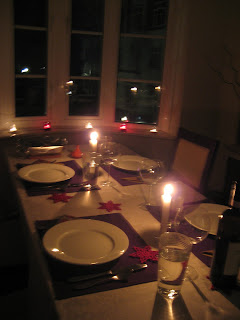 The day after Christmas, Boxing Day in the U.K., we walked first to Primrose Hill, where there is a commanding view of London, then to the Regent's Park. The sun sets quite early in the more northern latitude of London. 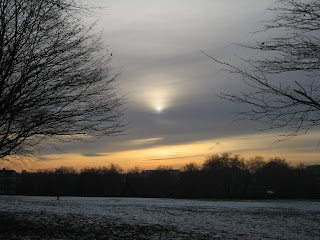 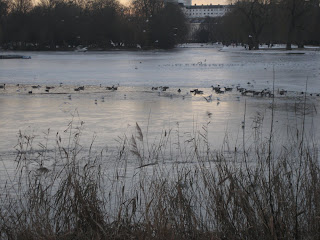 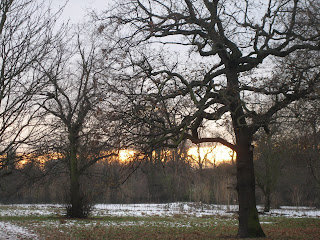 Our final treat, on our last full day in London, was a trip to the British Museum to see its current special exhibit on the Book of the Dead. No photos from us, but you can get a taste of the experience if you visit the museum's website.
Somehow, we were fortunate enough to fly to Heathrow after all the problems that snow had inflicted on the airport, and we returned home after East Coast airports had reopened following the Christmas blizzard. Not sure how we did that, but we are grateful for traveling mercies.
So, it wasn't the twelve days of Christmas, but a lovely five days of Christmas.
Hope your Christmas was as merry and happy as ours.
HAPPY NEW YEAR to all!
Posted by KGMom at 10:01 PM

In some cases, there's no place like home for the holidays, but I'd adore experiencing your Christmas in England. Your lovely daughter was a wonderful hostess!

The sunsets over the water are stunning. I enjoyed every photo.

Glad you had a happy time returned without hassle.

What a wonderful trip! Thanks for taking your readers along. Happy new year!

I am glad you had such a lovely elegant family time in London. All the best in the New Year.

I love reading and seeing other places! This looks beautiful! Thanks for sharing!

How wonderful that you all somehow avoided being "stuck" anywhere Donna! What a great Christmas holiday. :c)

What a delightful way to spend the holidays. Thank you for allowing us to live them vicariously through your lovely photos.

I wish you and your family a very Happy New Year!

Seems like a very busy but wonderfully memorable holiday.

When I read the first paragraph, I thought the post would describe your worst nightmare. How wonderful that I was wrong and that you were so lucky in your travels.

What a wonderful way to spend the holidays! Now I wish I had a trip planned to London...it's been too long!