Dancing with the Internet

The other day, a colleague told me his grandson, who is eight and attends school in Portland, Oregon, is not being taught cursive writing. Apparently, the schools there have decided not to teach students how to write cursive because computers and keyboard entry of things written takes primacy.

Out of curiosity, to see if abandonment of cursive writing is widespread, I “googled” the term. Here’s what Wikipedia summarizes as the criticism of teaching cursive. There are, it seems, many good reasons for ceasing the teaching of cursive.

When I relayed this information to my husband, who taught science to 7th graders over 25 years ago, he wondered if students are still being taught to read it. What an interesting question. And what incredible changes in communication this news stresses.

As a college English instructor, I have an abiding interest in developments in communication. I know that language is living, dynamic, constantly changing. Words are added to the dictionary every year. In fact, this year’s word, according to the American Dialect Society, is “plutoed” as in “to demote or devalue someone or something”. You know, like Pluto was a planet until it got voted out of the solar system. 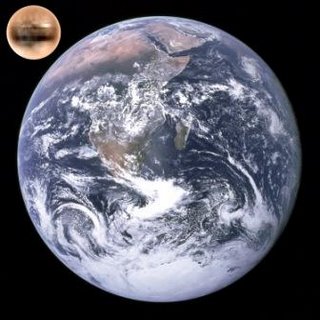 Rough comparison of the sizes of Earth and Pluto, image created by NASA

But it is clearly computers that have had the greatest impact on communication. We have been a computer family since. . .the beginning of personal computers. We got our first home computer in 1984! It was a Texas Instruments 99 A. 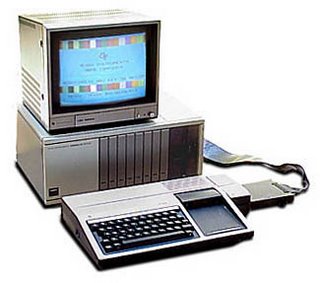 The display monitor was a regular color television. It had no real memory, and we stored any data on a regular tape recorder. Our next computer was a huge upgrade—an Apple II C.

Our son, who had majored in math during college, was drawn to computer programming and decided to get a master’s degree in computer program. He attended Rensselaer Polytechnic Institute (RPI). On one of our first visits to see him, we took a couple extra days and hence needed to get an educational excuse to justify our daughter, who was still in middle school, missing classes. So, our son said he would show us something that was just beginning to be popularized: the Worldwide Web! That was 1994.

Back to the impending loss of cursive handwriting. As someone who has written an occasional article, I have used primary sources. In writing a biography of my paternal grandparents, I had access to letters they had written to each other during their days of courting. Back and forth these letters flew, between Pennsylvania and Ontario, Canada. All in handwriting that was distinctive and wonderful to read.

I do wonder about future biographers who will be bereft of such material. Will emails take the place of letters? How could they. First, they are unlikely to be saved. Second, they will lack all character of individuality. Much as I prefer to do my writing composition on a keyboard, there is something so particular and special about handwriting.

Some years ago, when the marvelous historic downtown church I attend celebrated its 200th anniversary (that counts as old in this country!), I helped assemble material for a church history. I went back through the Session minutes. (For all you non-Presbyterians, the Session is the equivalent of the church board.) These minutes, extending as far back as 1794, were hand-written in wonderful pale brown ink (faded, no doubt, over time) in a spidery crawl of writing that spread across the page. At times, it was difficult to read. The recording secretary (a man, of course, for this was in the days long before women were eligible for church office) had perfectly legible hand-writing. But how the letters were formed has changed. A lower case f looks like an s. So, a word like success looks remarkably like succeff. I had to keep translating to myself. It is no surprise that today all these minutes are neatly word processed. All individuality is lost.

Much as I love computers and the Internet, as my fingers dance along over the keys, I mourn the loss of the individual touch of hand-writing. With its demise, the experience of picking up a piece of paper written in someone’s very recognizable hand will be lost.

The computer and the Internet of course are related; but they are different. You can still write! I know what you mean, though. Continued mechanization squeezes out the individuality of pen and paper.

Computers have their own feel. For our first computer, we got one as big and strong as we could afford, with a red-blue-green monitor and dot matrix printer, so that we could view videos on the monitor and print out anything we needed while gone to Zambia and Zimbabwe. As big as we could get in 1987? A 20 megabyte hard drive. I don't even know what is that small now.

The biggest thing I notice is the ability gained from the internet to find out almost anything on demand (such resources as Wikepedia) and to listen to almost anything (internet radio). Old shows from the BBC float across the room, a thing I never expected in Manitoba. But sadly, pen and paper lies resting on my desk.

I agree with you. We all rely on keyboards and the ease of correcting our misspellings and grammar with "spell check". E-mail - it's kind of a lazy and quick way of communicating. The Dean of our college made a good comment the other day when we were discussing technology in the workplace. She said, "Social interaction is so important in the workplace. Years ago, if we wanted to talk to with our co-worker across the hall, we got up from our chair and visited to have a face-to-face conversation instead of an e-mail. We need to have more personal contact and interactions in our workplace. I miss that." She's a former English teacher and is VERY talkative...

Cursive handwriting should be taught in Grade 3. Forever.

my handwriting has always been bad but glad that my school nailed it into my head as a child! I agree that Cursive should be taught in grade 3 forever also!